So my last post had me settled in at a beach town called Barra de Lagoa in Florianopolis, where the room was cheap and the staff friendly (albeit slightly high on marijuana for large chunks of the day). This made a welcome change to the breakfast and check out nazi hostel owners you frequently run into. 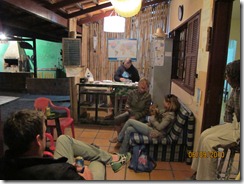 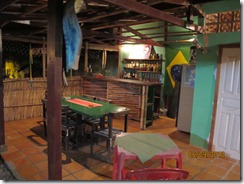 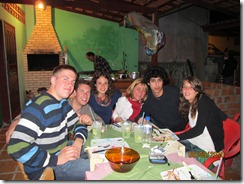 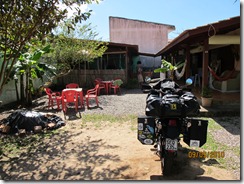 My vague timeframe of 2-3 days to make it to Rio was slightly optimistic. I think in the end i have taken around a week to get here since i left Florianopolis however the days tend to blur into each other and as going out of an evening often ends up finishing sometime in the morning hours trying to get a firm hold on exactly what day it is from other travellers if often quite a comical conversation.

So after enjoying settling down in one place for more than just a day or two I decide that I was ready to start the final push to Rio I wish the young Chilean Bob Dylan and the slightly crazy French girl farewell and begin the trek up the coast to an island called Ilha do Mel. 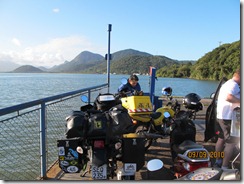 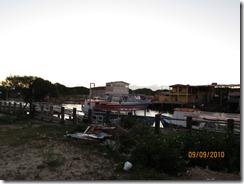 Unfortunately what i should have checked more closely was that Ilha do Mel is actually part of a nature reserve with basically no roads and access only for passengers by boat which I had missed the last one of the day by 15 minutes. With the sun setting a plan b had to be formed and i figured that camping for the night would have to do. 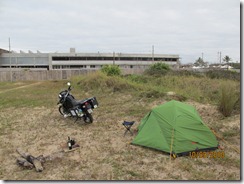 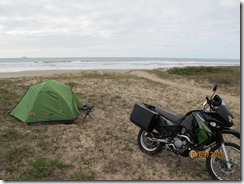 I drive back towards where i would hope to start from the next morning and hunt around for camping. By this time i am pretty tired and can barely disseminate the signs along the side of the road so i figure a beach camp would be a romantic end to the day. I setup in darkness but luckily manage to find firewood all along the beach with the help of my trusty headlamp. I later work out i have camped not far from a local fun fair. I quickly open my bottle of red to try and ease my fears about carnival people stealing my bike when this thought is interrupted by a local ranger with his big red truck and flashing lights driving down the beach. Initially he seems pretty cranky and begins yakking loudly at me in Portuguese something along the lines of “what the hell do you think you are doing?”, I apologise and try to explain it’s just for the night and will be very quiet. Once he spots the bike and see’s I'm pretty settled in with a fire and tent he calms down wishes me best of luck.

Next morning i make the short ride into Parangana where i find a fairly large and stinky port town. It seems unlikely that i will find a tourist info office so i begin asking around at the various port security offices for a barco or balsa (ferry). After the usual stuffing around i am eventually told that only passenger ferries go across the bay, motorbikes or cars are not allowed. Feeling that enough time has been wasted now I figure i will just push all the way to Sao Paulo (400 odd km’s away) via Curitiba along the main highway. In the end this turned out to be some awesome road with a few tunnels and suspended bridges as the road climbed up off the coast towards the mountain plateau town of Curitiba. I bypass Curitiba itself and head towards Sao Paulo where i think i paid about 5 tolls along the way. All were cheap ($0.75 Real or $0.50 AUD) but logic would suggest that just one toll booth for R$3.75 Real would work better, but who am i to argue? 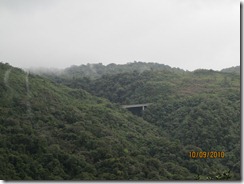 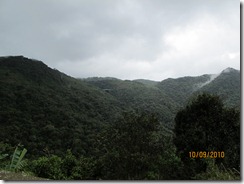 Expecting Sao Paulo to be busy (population of nearly 17 million i think) i am not disappointed and the traffic is pretty full on with the main roads packed 3-5 lanes each way and motorbikes almost all lane splitting in between. With so many roads in the city i accidentally get the name or suburb wrong in the GPS for the hostel i planned to stay at but eventually make it to the slightly dodgy downtown area with an HI hostel which is fairly dull and sterile like most large HI hostels but glad to be off the bike and out of the traffic. 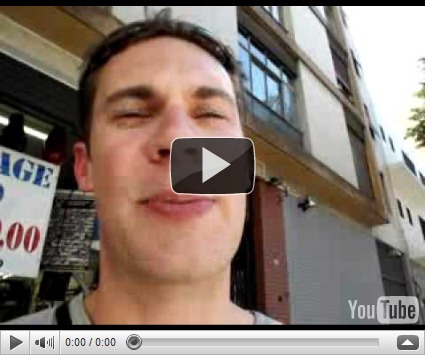 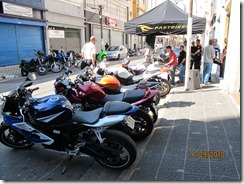 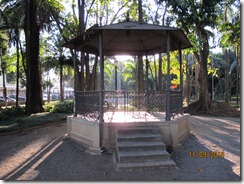 With the help of a local Sao Paulo girl i met in Florianopolis I move to another hostel in a more lively area which has some cool nightlife. The hostel had a bar with live bands of an evening and Sampa (as the locals call it) begins to grow on me. However the weekend comes and goes and the hostel quietens down so I figure no point hanging around just killing time waiting for the next weekend and I head off towards the coast along what has to be one of Brazil's most modern roads I've seen so far. Although the road comes at a hefty price for cars and trucks (R$18 or.5 or $11.5 AUD, motorbikes were free) the extensive km’s of tunnels were impressive to say the least. 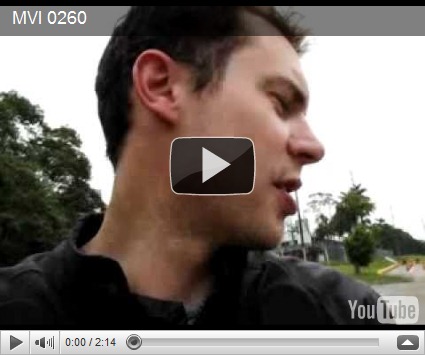 I hang a left and begin going up the coast road towards Rio. I had high expectations of this road and was not disappointed. The views were spectacular, winding up and down over countless beaches and bays i was reminded of the Australian east coast in some ways and the pictures i took barely do it justice. 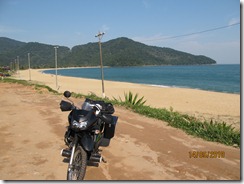 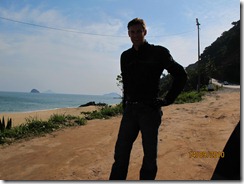 So busy was i looking at the scenery that i came round one corner without lining up the exit properly and ended up tipping over gutter and into a ditch. Luckily this was at fairly low speed (<30-40km/h) and i got up straight away. So annoyed with myself that I had stacked in such ridiculous circumstances i began waving people on who were trying to stop and help. Eventually one guy insists and helps me tip the bike back upright. 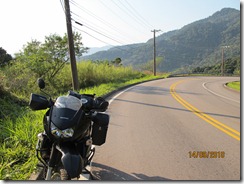 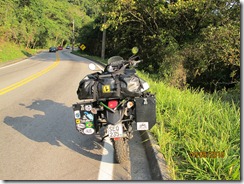 So after after an hour or so lost just getting myself and the bike back together i eventually i get to Paraty to find a large group of fairly drunk Australians. Initially I sigh but find a group of young Spaniards instead who are happy to converse and correct with my hopeless Spanish. Next day the hostel turns out to be pretty cool and i make friends with lovely 2 Irish lasses. 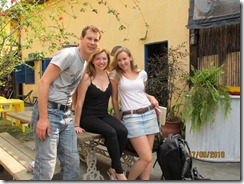 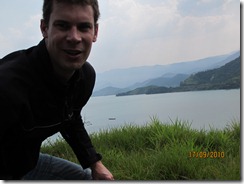 After a couple of days i once again bid new friends farewell and begin the final push to Rio. Expecting worse traffic than Sao Paulo i am presently surprised and seem to just avoid the evening peak and get a special treat when i join onto one of the main entry roads to downtown. A deep red setting sun to the right and the Jesus Christ statue being layered with a fine mist on the top of one of the surrounding hills. 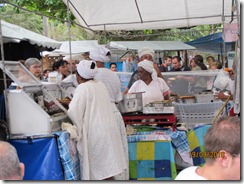 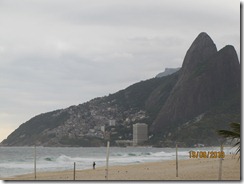 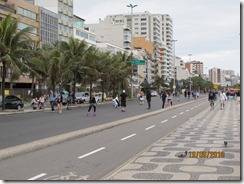 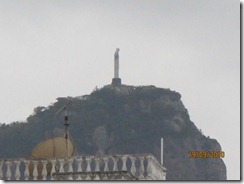 So finally in Rio and staying in Ipanema I feel a sense of achievement, successfully making it from 2 major South American cities (Buenos Aires and Rio) with both me and my bike in tact.

Posted by Adrian Kemmis at 9:10 AM