After staying in probably one of the less ideal hotels in Colonia (there appeared to be only 1 toilet with a seat) i headed to Montevideo, unsure what lay ahead, a city like Buenos Aries maybe? Probably smaller but possibly as well developed. 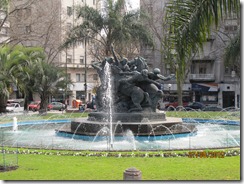 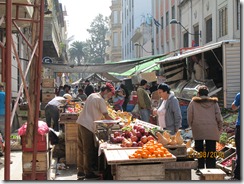 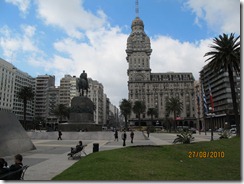 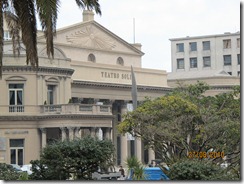 Sure enough the main street and architecture was more or less as expected, however once you head off the main drag things got a little poorer which is fairly different to Montevideo’s big brother Buenos Aires. However as i started walking around i noticed lots of pretty cool street art, surprisingly most of it to do with Israel and communism. 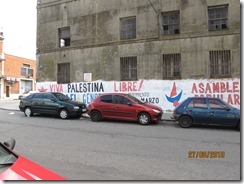 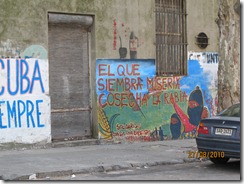 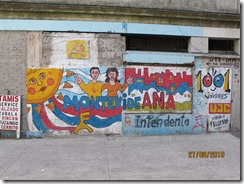 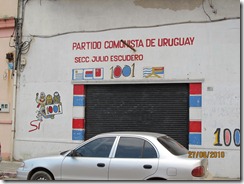 The main HI Hostel was in a slightly dodgy area downtown but full of students on exchange from Argentina for 6 months. Most of them had varying levels of English but communication was relatively straight forward and we were all best friends in no time. However after doing some distance calculations for Brazil i felt 2 days was enough in Uruguay’s capital and i needed to punch out more km’s if i was to ever make Colombia by Christmas or more likely early March in time for Carnival de Barranquilla. I bid the Argentinean students farewell and almost had one of the girls join me for the next leg to La Paloma, albeit for lack of a helmet. 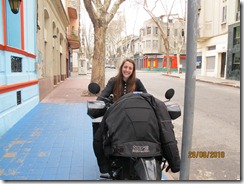 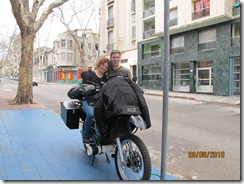 So with yet another late start (i blame the Colombian girl from the hostel…say no more) i set off for La Paloma around midday which was technically only 250km away. As per usual i wanted to add a complication to the route by not taking the main highway, which i was unsuccessful at since my GPS wanted to continually route me on the main highway all the way to the Brazilian border. Just past Uruguay’s answer to the Gold Coast (Punta del Este) i take a dirt/gravel local road off the main highway which leads me to the coast road which i originally wanted to be on.

Eventually i realise why the GPS wanted to route me through the main highway, the road was broken up by some lakes and sand dunes. Eventually i had to double back some 30km’s to get back onto the main highway since there was no “balsa” (car boat) at one of the Laguna (lake) crossings. Although the day ended up in Paloma a little late i count day as a success since i finally got the bike off road and onto some coastline that was just breathtaking and barely developed at all. 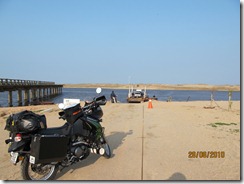 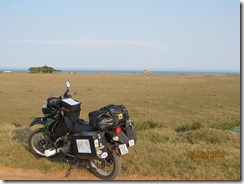 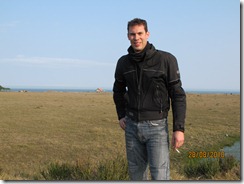 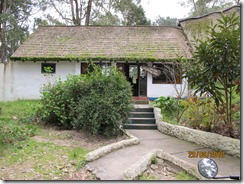 The hostel in La Paloma was deserted since it was low season and the guy looking after it seemed a big disappointed i only stayed one night, i think he wanted some more company to stop himself going crazy. However I once again feel the pressure of pushing km’s and leave Paloma at a reasonable time of 10am and make the Brazilian border at Chui by lunchtime.

As a side issue before you may notice in one of the photos above i have a Uruguayan number plate, which i bought at a market for about $8 in an effort to de-gringo my bike. I could almost write a whole post about how crazy it is being able to buy a number plate on the street however i digress. So i forget to change my plate at the Brazilian border which is then spotted by one of security guys at the border which causes a slight ruckus since the Brazilian customs official had just done all my paperwork based on my NSW plate, after many apologies i change the plate back to the regular NSW one. Afterwards they explain they don’t really care but are just interested where i bought the plate from, I am allowed to keep the plate which might come in handy for other countries in South America where i want to try and fly under the radar. So after about an hour long border crossing into Brazil I begin the push to Rio Grande for the night. 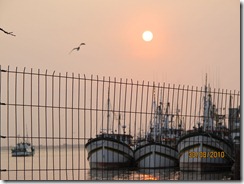 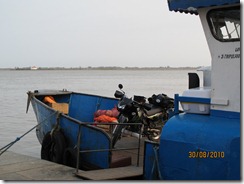 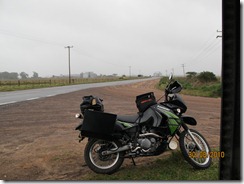 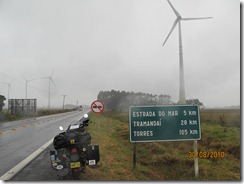 Rio Grande is industrial as expected so i make a bee line early (around 7am) for the car ferry across the bay to make my way north to the beach town of Torres and eventually Rio de Janerio. As per usual this take longer than the GPS says and after the ask 3 people for directions routine i arrive at the car ferry terminal to find i have missed the ferry by about 20 minutes, the next ferry doesn’t sail for quite a few hours. A Brazilian tourist with his car is also late and sympathises with my general bad mood and directs me to the passenger terminal where they are more than happy to put me and the bike on the ferry for the princely sum of $5. As I wait for the passenger ferry the bike generates a bit of a crowd where my Spanish is vaguely understood and their Portuguese is not understood at all however after much nodding and pointing the message seems to get across. After a short ferry ride I begin the push to Torres, as the weather begins to change for the worst (rain and wind). Eventually i arrive into Torres to find a fairly quiet beach town since its sub 25 degrees (<25 degrees is apparently considered winter for most Brazilian's). I figure its worth continuing to keep pushing on but take a little side trip to some canyons along the way to Florianopolis. 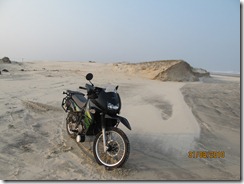 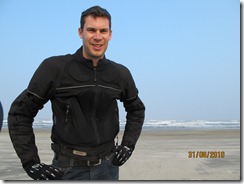 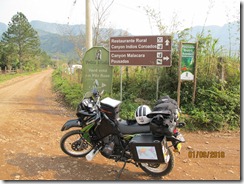 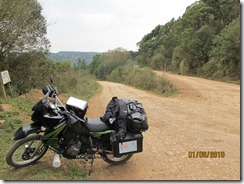 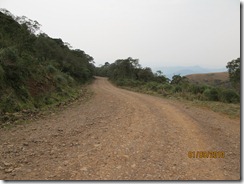 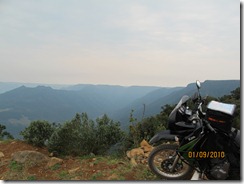 At first the craps roads seemed like a novelty, but after 30km and no sign of bitumen i begin to realise that this could be a little difficult. I push on further but the road get worse and worse. The GPS then gives me more bad news that the nearest bitumen is 100-150kms away, i make the somewhat annoying call to turn around and make my way all the way back to where i started from and make the push to Florianopolis from the main highway and not through the back roads. This plan works out for the best and i appreciate the bitumen more than ever and push onto the metropolis of Florianopolis on one of the more crazy roads i have been on so far (motorbikes lane split past me at speeds over 100km/h was a new experience). Although Florianopolis is busier than expected in the downtown area with a lot of high rise and big freeways I eventually get settled into a cool hostel on the beach side of the city. It’s been good to get out of the main HI hostels and into a more informal one where i have met a cool girl from Spain who has been helping and correcting my Spanish. 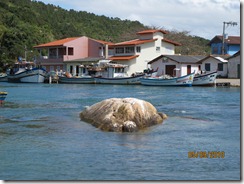 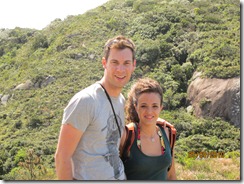 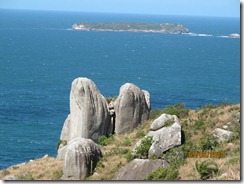 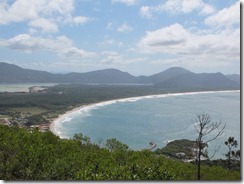 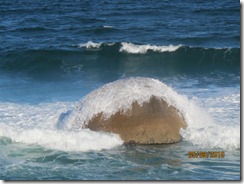 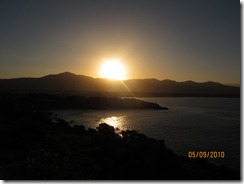 Next push will most likely be to Curitiba (pronounced curi-che-ba) > Sao Paulo > Rio de Janerio which i plan to do in only 2-3 days. Hopefully i can find a similar hostel to Florianopolis in Rio and stay a while.

Posted by Adrian Kemmis at 9:53 AM